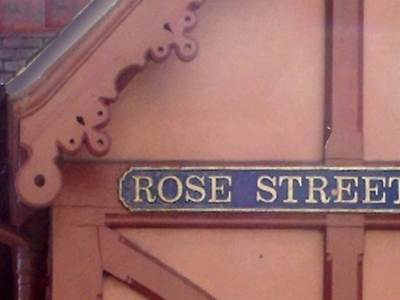 This building is unusual for the Highlands, designed in a picturesque Arts and Crafts style by local architect Andrew Maitland as the main office for his practice. It has an exposed timber frame construction with infill panels of render, originally terracotta coloured and lined out to imitate brickwork. Despite the rather dismissive description in the “Buildings of Scotland” Series as a hut that appears to have escaped from the beach, it is a building of some architectural distinction. It dates from the 1870’s and is contemporary with the French Renaissance Tain Picture House and the Gothic Royal Hotel, demonstrating Maitland’s ability to work in a number of architectural styles.

The Trust acquired this fire damaged building for £1 from the Highland Council for repair and restoration. Work commenced on site in summer 2001. Once restored, the Trust marketed the building as offices for sale or lease on a revolving fund basis. The total project costs were £165,292.

Once restored, in 2003 the Trust marketed the building as offices for sale or lease on a revolving fund basis. It was acquired by Moray-based Future Plans, Architects and Planners. It was subsequently put on the market in 2015 for £85,000. Negotiations with one party resulted in a sale at the end of 2015.

The Trust is grateful to the following funding agencies that contributed towards this project: