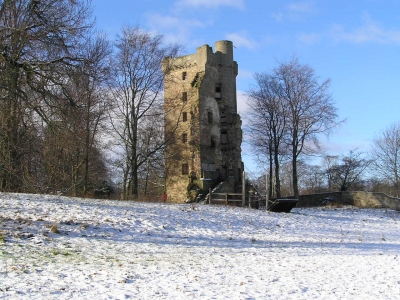 Burgie Castle is a well-preserved square tower which once formed part of a larger ‘Z’ plan fortified house, now demolished. Burgie was the seat of the Dunbars of Grange and Burgie Castle was built by Alexander Dunbar for his son Robert. The six-storey tower, which dates from 1602, is remarkably undamaged. Unusually the roof is intact and this has ensured the survival of its unique interior detailing, including plasterwork, cornices, fireplaces, panelling, windows and doors. It is a building of exceptional significance.

Under the management of the Trust, emergency works to stabilise the tower were undertaken in 2008. The building is now out of imminent danger of collapse but the stabilisation works are only a temporary solution and there remains an urgent need for a scheme of permanent repairs to secure the future of the monument.